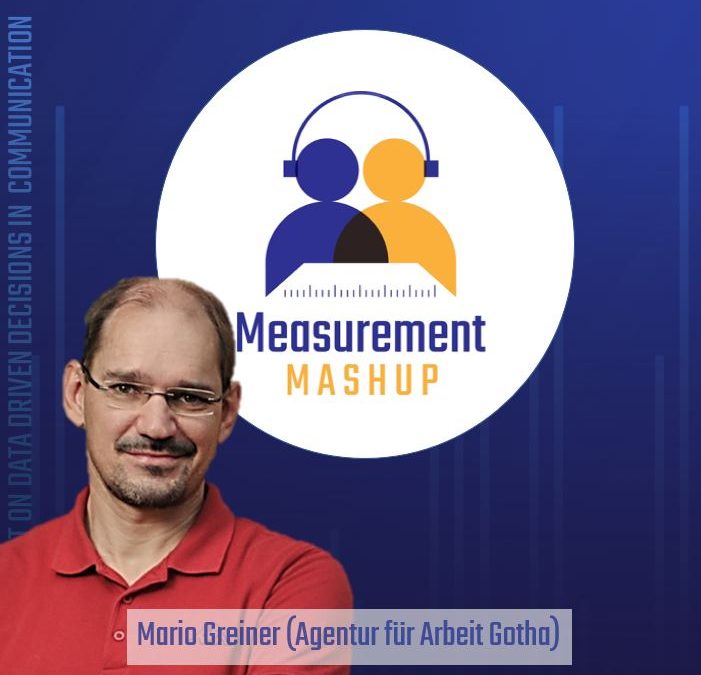 Setting up communication measurement on your own – is this even possible and feasible? Our guest Mario Greiner has done it. He is the press spokesman of a large governmental organization to which is often thought to be prone to rigid processes: the Agentur für Arbeit, the german employment agency. He convinces his boss and colleagues with figures from an agile and effective measurement process. 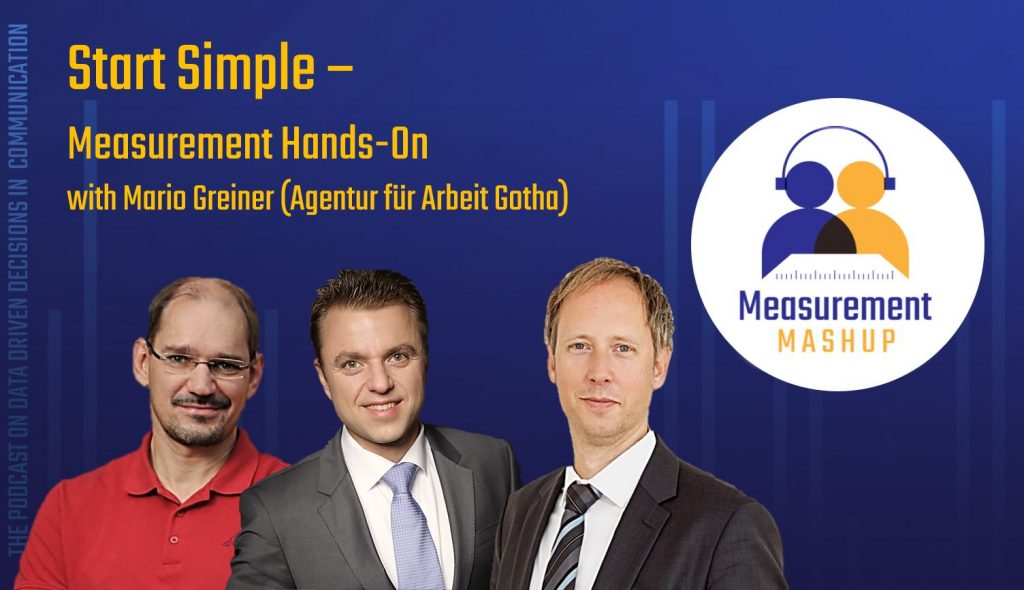 Mario Greiner is responsible for press and public relations at the Agentur für Arbeit in Gotha. Especially now, when many people are on short-time work and the work situation is changing in many places, the agency’s communication is moving into the focus of attention. Greiner can rely on insights from his communications controlling, which he has been developing since 2014 – on his own initiative and mostly as a lone fighter.The Federal Employment Agency has very intensive controlling. There are over four hundred key figures in all possible areas: in employer service, in placement, in the rehabilitation sector, in career counseling. All these areas are managed by goals. For the entire press and public relations and marketing, on the other hand, there are no key figures and goals. In order to also measure his successes, Greiner has therefore built an Excel tool together with colleagues. And it was as simple as possible: He asked himself which figures were decisive, what he needed to be able to control and from this came his tool

Development time and daily effort
All in all, it probably took a good week to develop the tool. It was complex, but it didn’t happen overnight. It is constantly evolving and growing.
Filling the Excel tool is very easy. The communication activities are entered, be it a press release, a tweet or a media inquiry. Filling the tool takes a maximum of two minutes per day. But the results it delivers automatically are worth their weight in gold.
Greiner can measure almost any kind of communication, both personal and press coverage or social media. He is active on Twitter and Xing and records what is played out and what reactions there are.

Collecting data and reporting it
Greiner is missing certain perspectives in the central media resonance analysis of the Agentur für Arbeit. He supplements them with the media he reads and receives himself, and he uses Google Alerts. Regardless of which channels are used, be it print, radio, television or
online media; it is important to him to know what is going on there. The first half to whole hour in the office belongs thus to the classical media show and media analysis and the tool is filled parallel accordingly.

Demonstrate relevance convincingly
The tool measures, which topics were played out in which frequency, in which channels one is present how often, how often one was mentioned in which media and with which resonance – was the reporting positive, negative or neutral. In addition, a target reference to operational priorities of the employment agency, such as career counseling, is always noted. Such a living system should be able to be permanently readjusted, so these targets are adaptable: short-time work, for example, was not an issue at all in recent years, but with the pandemic and the lockdown this has changed and he has included the issue in his list of targets. The topic of fugitives, on the other hand, has played a subordinate role in the context of reporting for the past year and a half.
Greiner is charging an advertisement equivalent value in order to quantify its output in an equivalent value in Euro. Once a year, he reports to team leaders and management in consulting. Last year, the ad equivalent value would have been 222,000 euros. That is how much it would have cost to finance the media coverage. Including office, rent, technology, etc., Greiner costs his employer about 150,000 euros per year: this is how he can prove that he works profitably.
From 2017 to 2018, the ad equivalent has fallen by EUR 100,000 because the channel strategy has changed. Activities that no longer ran in the print sector were left out and other resource-intensive channels such as Xing and Twitter were opened instead. The tool makes this transparent and can be an argumentation aid when discussing whether communication needs to be centralized and whether a lone fighter can handle such a variety of media.

Results for superiors and colleagues
With the help of controlling, Greiner can better advise his boss. He can tell her which channels and media and also publication times are worthwhile and which are not, where they can be restrained. He sets goals for himself beforehand and knows which press release they don’t actually have to play or on which topic no quotation from her is necessary, but someone else can speak.
In addition, the supervisor is permanently able to provide information to the regional management: How often were the agency represented in which medium? What is the management’s thematic profile in media coverage?

Colleagues very often wish to know on which topics communication should take place.
Greiner can use the data to justify what is going on – or what is not going on at a certain point in time. He calculates a takeover rate, i.e. how much has been played out and what percentage has been taken up by the media. From this he deduces whether a certain topic would be better played at another time or in a different format.

A lone fighter in a network
It is easier to develop and place themes as a lone fighter. It is also faster to develop criteria for the controlling tool, if you don’t have to coordinate. If, on the other hand, deadlines clog up, it becomes difficult. Greiner has a colleague who supports him accordingly in the agency and can get support from the network of press officers in Thuringia.
The press spokesmen of Saxony-Anhalt and Thuringia meet in November and make the planning for the next year. They determine which communication goals they have and which topics they want to play when. The results from the Excel tool are a good instrument for designing and managing communication processes and communication offerings.

How do you win colleagues over for using the tool?
The tool was initially introduced for all press spokespersons of the sixteen agencies of the Saxony-Anhalt/Thuringia regional directorate and was used more or less intensively at the time. The problem was that goals in the agency are only evaluated at team level. But if the team consists of only one person, it amounts to individual monitoring – and colleagues did not agree with this. If all 220 of the agency’s press spokespersons were committed to such a tool, the main staff council would have a critical say. Therefore, the use of the tool was changed to voluntary. The key figures are therefore not officially integrated into the agency’s key figure system.

“In German, the word “Controlling” is always associated with control. That drives a lot of communicators away. If you explain how to optimally steer your work with the tool, it often becomes more attractive for them.” Mario Greiner

Meanwhile Greiner presents the tool more often at internal seminars for communicators. In the meantime, he has 15-20 colleagues nationwide who rewrite and use it for themselves. Voluntariness is a good basis, the gain in control and learning good arguments. You can use it to decide what is important and what you can leave out and thus effectively deal with the working time that is available.

What is the next step with the tool?
Next, Greiner wants to include the target references in the area of social media more strongly. So far, he’s tended to record what happens on Twitter in quantitative terms.
In the area of events, Greiner is introducing new measurement parameters. How much response do invitations via social media channels generate and how much via those sent by mail? This is how Greiner measures its share of guest acquisition: of 80 available seats for the current event, 72 were acquired through its channels. Press marketing has thus made a significant contribution to the success of the event. Networking and network maintenance play a role. This is an example of the feedback between measurement and the way the channels are used. It is not just a reflection of the status quo, but a continuous agile development. A rigid system that exists for ten years without being touched again would not be at all contemporary.

Three hints to get off to a good start

Mario Greiner is press spokesman at the employment agency Gotha. With a diploma as administrative manager of the Federal University of Applied Sciences for public administration, he started working self-employed as a management consultant in the real estate sector in the middle of the 90’s and built up a sheltered housing estate. At the beginning of the 2000s he was press spokesman for the Gotha city administration, then for the district administrator. Since 2007 he has been head of press and public relations at the Gotha Employment Agency.